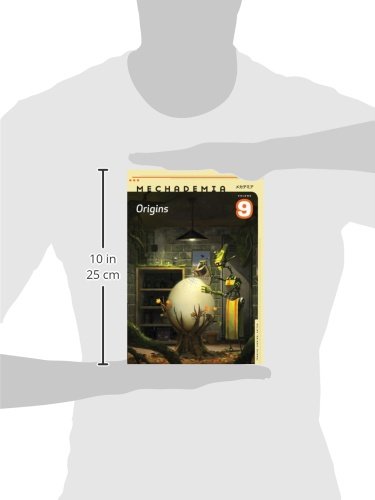 If the source of manga and anime is physically located in Japan, the temptation for many critics and scholars is to ask what aspects of Japanese culture and history gave rise to these media. This ninth volume of Mechademia—an annual collection of critical work on anime and manga—challenges the tendency to answer the question of origins by reductively generalizing and essentializing “Japaneseness.” The essays brought together in Mechademia 9 lead us to understand the extent to which “Japan” might be seen as an idea generated by anime, manga, and other texts rather than the other way around. What is it that manga and anime produce that no other medium can precisely duplicate? Is anime its own medium or a genre of animation—or something in between? And how must we adapt existing critical modes in order to read these new kinds of texts? While the authors begin with similar questions about the roots of Japanese popular culture and media, they invoke a wide range of theoretical work in the search for answers, including feminist criticism, disability studies, poststructuralist textual criticism, postcolonialism, art history, film theory, phenomenology, and more. Richly provocative and insightful, Mechademia 9 both enacts and resists the pursuit of fixed starting points, inspiring further creative investigation of this global artistic phenomenon. Contributors: Stephen R. Anderson; Dale K. Andrews, Tohoku Gakuin U; Andrew Ballús; Jodie Beck; Christopher Bolton, Williams College; Kukhee Choo, Tulane U; Ranya Denison, U of East Anglia; Lucy Fraser; Fujimoto Yukari, Meiji U, Japan; Forrest Greenwood; Imamura Taihei; Seth Jacobowitz, Yale U; Kim Joon Yang; Thomas Lamarre, McGill U; Margherita Long, U of California, Riverside; Matsumoto Nobuyuki, Tokyo National Museum; Laura Miller, U of Missouri–St. Louis; Alexandra Roedder; Paul Roquet, Stanford U; Brian Ruh; Shun’ya Yoshimi, U of Tokyo; Alba G. Torrents.
Show More
Reviews