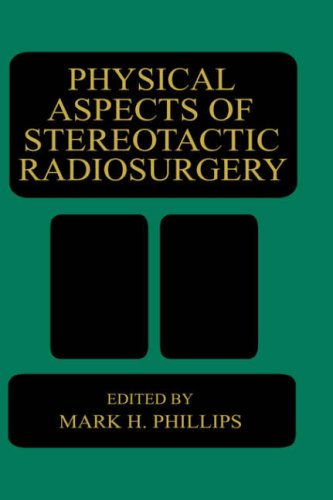 Brand : M H Phillips
from USA
to KUWAIT
in 5-8 days
At your doorstep by Aug 04  to Aug 07 with standard delivery

When I first proposed this book, one of the hopes was that it would be the stage upon which would be conducted a quiet, well­ reasoned discussion of the various techniques of stereotactic radio­ surgery. At that time, there was quite a bit of rancorous debate that tended to obscure the scientific and medical merits of each of the separate methods. At the present time, I am happy to report that the field of stereotactic radiosurgery is much less riven by such inappropriate posturing. The field has taken many steps towards maturity, both technically and medically. In the course of this mat­ uration process, there have been many grandiose plans and speeches made on behalf of stereotactic radiosurgery. Inevitably, the reality will not live up to the hype, but such is the natural course of devel­ opment in these sorts of matters. However, even though events may not match our hopes, we should keep in mind the words of Herbert Parker. Recognizing that new modalities for the treatment of cancer do not stand much chance of revolutionary success, nevertheless, he quite correctly pointed out that " . . . with any type of radiatiQn, the margin between success and failure is small. If the chance of success is a little greater . . . thi~ might well be classed as a great advance. " Mark H.
Show More
Reviews