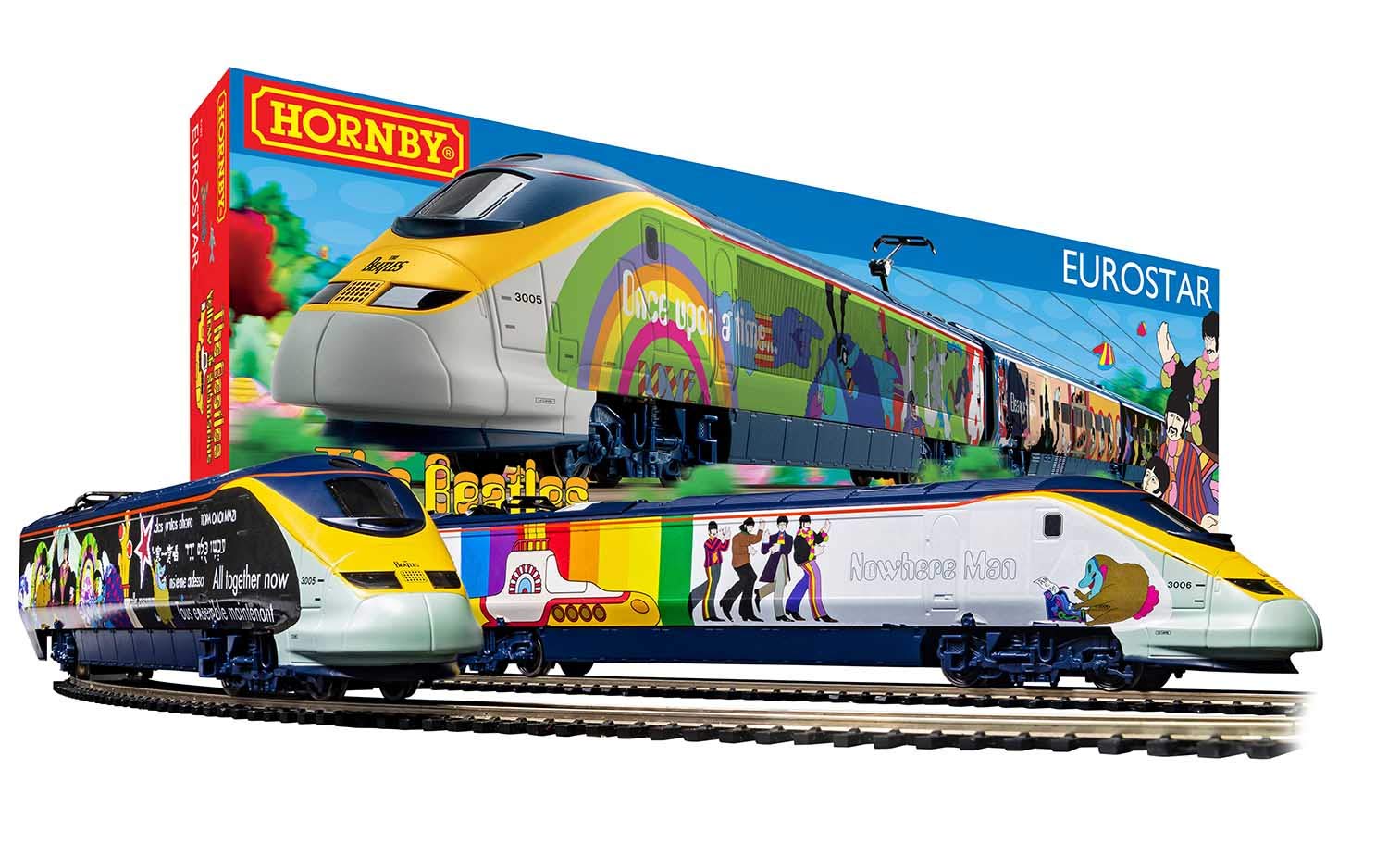 Brand : Hornby
from USA
to KUWAIT
in 5-8 days
At your doorstep by Dec 03  to Dec 06 with standard delivery

Eurostar’s first use of the Class 373 for an external agency marketing campaign took place in September 1999, when the surviving Beatles; Sir Paul McCartney, Ringo Starr and George Harrison, along with the Apple Corporation, transformed Sets 3005/3006 with a vinyl wrap that recreated scenes from The Beatles’ film, ‘Yellow Submarine’. Just one of the promotional events that marked the release of the remixed song track CD that Autumn, along with the remastered version of the film that was released in cinemas and on video, at the time the film had been unavailable for over a decade and the relaunched version included scenes that were edited out of the original, while the album featured new mixes of songs, such as ‘With A Little Help From My Friends’ and ‘Lucy In The Sky With Diamonds’, the first such time a Beatles album had ever been remixed. Costing in excess of 100,000, the artwork was the result of four months intensive work by Apple Corporation's Art Director, Fiona Andreanelli, with the finished vinyl artwork taking two weeks to print and a further six days to apply to the train. At over 400 metres in length, each carriage portrayed a different design, telling a different part of the Yellow Submarine story. On Wednesday 8 September, accompanied by a Jazz band playing ‘Yellow Submarine’, Sets 3005/3006 departed Waterloo on the official launch, much to the surprise of passengers booked on the service, which was a normal departure rather than a dedicated press charter. The train retained the graphics for the next three months, operating between London, Paris and Brussels but fate was not kind to Sets 3005/3006 as, despite featuring the first advertising livery to be featured on Eurostar, the Sets were the first of the Class 373 trains to be scrapped, being sent to European Metal Recycling (EMR) at Kingsbury on 27 October 2016. Note: The designs featured on this model are a representation of the graphics that were applied to the eighteen passenger cars of Sets 3005/3006 and are not intended to accurately portray the livery in service. Please note, box and model dimensions are shown as identical however only represent the box/package size.
Show More
Reviews